I was here - Ich war hier

This pool's goal is to simply offer a solid infrastructure as a strong foundation for projects to build on.

Why is IWH-pool not (another) "charity" pool?

Since when do taxes any good?

In most, so called "western", countries taxes pay for the vast amount of infrastructure and research you rely on - even if you don't realize this in daily life as it ofen is a given. It should be self-evident that you give something back when you benefit from it.

But, as an example, others think differently. This very small stakepool pays more taxes, for example, all of Amazon in the EU. It turned over 44 billion Euros in 2020 not paying a single cent income tax - while profiting from all publicly funded infrastructure, healthcare and education etc. It officially even generated losses while growing its profits by 65% in the first year of the "corona" pandemic. For these losses they get paid on top by the public. Other multi-national corporations, independently from where they are based, in most cases are no different.

IWH pool consist of one blockproducer, one backup-blockproduces and three relays. All on different machines an spread accross two independent datacenters in two locations. 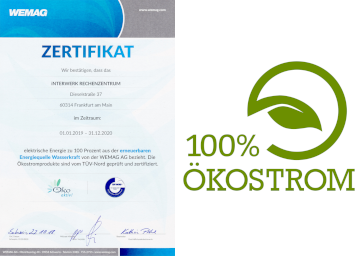 Should I delegate to a 'small' pool?

Absolutely. The whole point of offering as much independently run stake pools as possible is decentralization of power and resiliance. If you value this: Delegate to comparatively small pools and evaluate their performance over a longer time.

Stop! Please consider the fact, that the delegation cycle takes at least three whole epochs to take effect: You're delegating your ADA at some arbitrary point in time. At the turn of the epoch this delegation becomes effective (+1 epoch). It is considered a part of pool's 'active stake' within the following epoch (+2 epochs), which increases the pool's probability to produce blocks (relative to your delegation amount vs. total ADA supply). The rewards for these produced blocks are calculated at the turn of the next epoch (+3 epochs) and delivered after that.
Switching stake pools very frequently does not make sense. As one epoch (currently) lasts five days, you should stick to a pool for at least five to six weeks to allow for consistend block production (due to higher delegated stake). Also see the delegation cycle.

Will my ADA be safe when delegating?

Independently of delegating your stake to any pool or not, your ADA never leave your wallet. They are as safe as you keep your private keys and recovery phase. No pool operator can steal your funds.

Why is renewable energy important?

Counter question: How sustainable, how 'in it for the long run' can an operation be if it's being powered differently?

Why don't you use cloud services for hosting?

Where is your fancy dashboard?

This is a no frills stake pool. And in order to operate it as safe as possible, complexity must be reduced to an absolute minimum. Opening firewall ports and operating webservers is the opposite of this.

Why not delegate to large pools?

You may consider delegating to a larger pool as this will increase regularity in staking rewards in the short term. In the long term, this concentration of stake increases the risk of smaller, indepenent stake pools ceasing operation due to constant financial losses. In case larger stake pools behave maliciously, a disruption of cloud services, networks or political influences, you are left without alternatives to choose from. This scenario actually is the only way to endanger your funds.